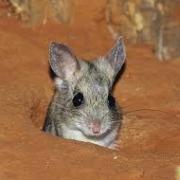 A couple of bigger projects are underway at the Park, but delays in paperwork and the nine weeks of continuous rain we have had since September, mean these will be announced in the New Year.

In the meantime we have a couple of snippets of smaller news.

Good news is that as of today we are no longer the only zoo outside Australia to have the Spinifex Hopping Mouse. These little charmers come from the dry semi-deserts of central Australia, and our group arrived from Queensland earlier in the year. Since then the colony has done so well that it has trebled in numbers, and today a group of four males and four females was sent to the Cotswold Wildlife Park.

Co-operation with colleagues in other leading Zoos helps us work towards establishing unusual species in our Parks.